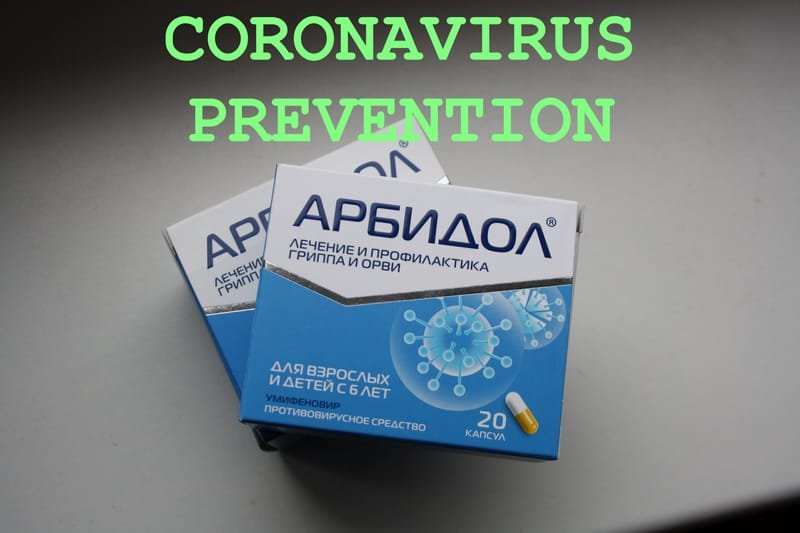 Umifenovir or Arbidol is an antiviral treatment for virus infections. Now it is one of the most promising Covid19 treatment opportunities.

Arbidol could be combined with the anti-HIV drug Darunavir for treating patients afflicted with the novel coronavirus, according to China’s National Health Commission expert Li Lanjuan.

WHO informs that arbidol and arbidol mesylate were shown to have a direct antiviral effect in early viral replication in the cultured cells.Arbidol already has substantial antiviral activities against ZIKV, WNV and TBEVArbidol (ARB) is a Russian-made small indole-derivative molecule, licensed in Russia and China for prophylaxis and treatment of influenza and other respiratory viral infections. It also demonstrates inhibitory activity against other viruses, enveloped or not, responsible for emerging or globally prevalent infectious diseases such as hepatitis B and C, gastroenteritis, hemorrhagic fevers or encephalitis. In this review, we will explore the possibility and pertinence of ARB as a broad-spectrum antiviral, after a careful examination of its physico-chemical properties, pharmacokinetics, toxicity, and molecular mechanisms of action. Recent studies suggest that ARB’s dual interactions with membranes and aromatic amino acids in proteins may be central to its broad-spectrum antiviral activity. This could impact on the virus itself, and/or on cellular functions or critical steps in virus-cell interactions, thereby positioning ARB as both a direct-acting antiviral (DAA) and a host-targeting agent (HTA). In the context of recent studies in animals and humans, we will discuss the prospective clinical use of ARB in various viral infections.

At the WHO center in Oslo (Norway), the working group on drug statistics methodology, which makes decisions on the inclusion of drugs in the international classifier, examined the data on the mechanism of antiviral action, pharmacological properties, safety of use and therapeutic efficacy of ARBIDOL. The experts did not raise additional questions and objections to the materials provided, and at the end of 2013, the active ingredient of the drug ARBIDOL® (umifenovir) was included in the group of direct acting antiviral drugs (J05A - Direct acting antivirals) international drug classifier. The drug was assigned the international ATX code J05AX134.

ARBIDOL blocks viruses and helps to eliminate them. A direct antiviral effect begins immediately after the drug enters the blood and does not depend on the reactivity of the immune system and the rate of interferon production.The action of immunomodulators depends on the individual characteristics of the immune system of an adult or a child, which requires time to stimulate cells. The time of production of different interferons depends on the properties of the drug.In the conditions of rapid reproduction of viruses and their spread in the body, to destroy a virus, it is necessary to act quickly!Unlike symptomatic drugs, ARBIDOL not only alleviates the severity of flu symptoms, but also eliminates the cause of the disease - viruses.

For prophylaxis children older than two years and adults should use  200 mg arbidol orally, twice a week for 2-3 weeks. In cases of direct contact use 200mg daily for 10-14 days.